Hallo again everyone. Something a little different for you today; Yesterday I went to an Advent Service, and before it began, a lady read out a poem entitled Mary's Dream (author unknown).  I don't know if any of you have heard it before - I certainly haven't.  Anyway, I thought I would share it with you here today.
﻿
Posted by Southhamsdarling at 06:30 10 comments:

Well, my idea of a Sunday Song wasn't really very successful, as I realized from last week's post that there were a lot of you that couldn't actually view the video!  What's that all about then?!

It's a pity if you can't view today's Sunday Song, as it has a very nice little video to go with it.  Anyway, you've got a bonus = you have TWO "thisisme's" today!   I know, I know - you can have too much of a good thing. Eeeek!

What else can I talk about today then?  Well, poor old Devon has been battered by storm force winds and severe gales all this week, and there are about eighty flood alerts out there at the moment.   The following photo is of our outdoor Lido on Plymouth Hoe, and, as you can see, the sea has come right over the top of it.  You can just about see the tall fountain in the middle of the pool, so it will give you some idea of the amount of water that is in there.

I'm sure that my American friends will be thinking that we British talk about the weather an awful lot!  Well, yes, we do, I'm afraid.  Pretty boring, uh?!

I had the most wonderful e-mail from one of my bloggy friends in America when I woke up this morning.  I won't name her, because she might not want me to, but the gist of it was that wouldn't it be good if we could meet up. (Actually, I've just noticed that it was also left as an open comment, so I can tell you that it was Pam from EmptyNester!)  That sounds like a pipedream really, doesn't it?!  BUT,  I have to admit that, although I have never been to America, I am thinking that it would be wonderful if I could get over there and meet some of  you.  Crikey, I bet that's scared some of you now!! Eeeek!

As I told this friend, I would have to get over there pretty soon, before I become too ancient.  Trouble would be, of course, the distances involved.  We are such a small island over here, and it's strange to think that you even have different time zones over there.  Anyway, food for thought methinks!

Just look at this photo of Eli & Ruby.  Apparently, Alison was working in the kitchen, when they came down stairs all dressed up and giggling away.  They had raided her wardrobe!  I think it's lovely that they have now got to the age when they are really starting to enjoying each other's company, instead of getting upset if one plays with the other's toys!

I'm a bit worried about Eli, that he choose mummy's sparkly hat to wear! Hee Hee!  My daughter said it was the way he had put it on, tucking all his hair up underneath.

Here's another one when they were getting ready to go to bed.  Note, Ruby is wearing Eli's Thomas the Tank pyjamas, which he has grown out of.

I hope you are all keeping well wherever you are, and taking good care of yourself.  See you again soon my friends.

"True friendship multiplies the good in life and divides its evils. Strive to have friends, for life without friends is like life on a desert island. To find one real friend in a lifetime is good fortune; to keep him is a blessing."

Posted by Southhamsdarling at 12:04 20 comments:

Posted by Southhamsdarling at 07:00 4 comments:

Hallo little bloggies.  Hope you are all keeping well.

I've just popped in today to wish all my American friends a very happy and blessed Thanksgiving.

I know that most of you have been busily shopping and cooking away for the past few days, so I hope it all comes together for you and that you are able to spend it with your loved ones.  If you are not able to actually be together for the Thanksgiving celebrations, I am sure you will be thinking of absent loved ones and family.

Most of you will know that I love vintage cards, so I have picked out a few which celebrate Thanksgiving.

Finally, I cannot finish this post without a couple of quotes!

Posted by Southhamsdarling at 06:30 10 comments:

Hallo again everyone.  First of all, I would just like to say a big "thank you" to all those who sent me hugs following my last post.  I loved every one of them!

So! Instead of my Sunday Snaps feature, I am going to run a Sunday Song for a few weeks, which I hope you will listen to and enjoy.  When I've inserted the clip into my post, it shows up alright, but then, when I go in later, a message comes up and you have to click on the link to watch the song on Youtube.  Anyway, I hope you get to watch it somehow!

Sending Sunday Blessings to you all, and thank you for your friendship and support.

Posted by Southhamsdarling at 06:30 14 comments:

Hallo little bloggy friends. First of all I must make an apology,as I haven't been visiting you for quite a while now. Truth is, I just haven't felt up to it since returning from my holiday in Gran Canaria.

Both my granddaughter and I returned home feeling quite poorly and have both been on antibiotics for the past week.  Myself for an ear infection, and Eleanor had tonsilitis.  If I'm honest, I'm still feeling pretty cheesed off and I don't have any motivation for very much at all.  You will know that this is not really like me, as I always try to be upbeat, but I just wanted to explain why I haven't been around very much lately.

My facebook friends will already know that the holiday itself was a washout, as we had heavy rain most days.  I think we had a day and a half where we could sit by the pool, so you can probably imagine that it was rather disappointing!  People who have been going there for fifteen years, said that they just never have rain at this particular time of year.

Anyway, enough of that - onwards and upwards!! I think I need a big hug from all of you - I'm sure that will raise my spirits!

I'm afraid that the camera didn't come out very often, but here are just a few snaps I managed to take when the sun was actually out!

I will now try to get my act together and start to pop over to see you, so that I see what you have been up to.  Oh!  On Sunday, I have a new feature, which I will run for a few weeks.

Posted by Southhamsdarling at 18:44 19 comments:

Today is Remembrance Day (or Armistice day), when the whole country comes together on the 11th hour of the 11th day of the 11th month, because this is the exact time the First World War (or the Great War) ended, in 1918. At that time, the guns on the western front fell silent after more than four years continuous warfare.

These days, this anniversary is used to remember all the people that have died in wars since the First World War. This includes World War Two, The Falklands War, The Gulf War, conflicts in Bosnia, Rwanda and Kosova, and now, of course, the war that is going on right now in Afghanistan.

Millions of people are expected to observe the two minute silence at 11 a.m. today in honour of all those brave men and women who were killed during those conflicts, and the red poppy will be worn with pride.

Remembrance Sunday is always held on the 2nd Sunday of November, which is usually the nearest Sunday to the 11th November. Special Services are held at Churches and War Memorials all over Great Britain, and a national Service takes place at The Cenotaph in London. The Queen always lays the first wreath of poppies. 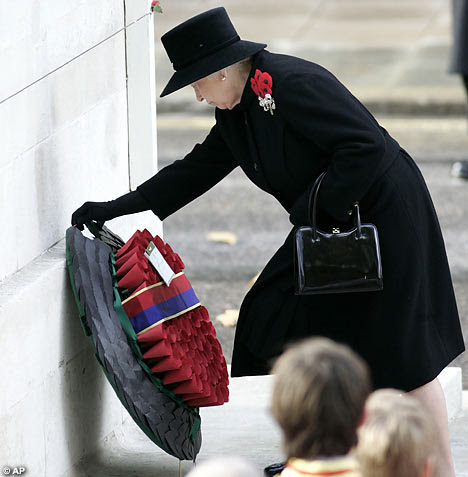 So my blog post today is in honour of all the fallen, and indeed all the servicemen and women who are still serving their countries in various parts of the world.  My own grandfather died in the First World War, and my husband's grandfather also died during that conflict.  Both grandmas were widowed in their mid twenties, and never married again.  Both were left with very young children to bring up on their own, along, of course, with thousands of other women. My dad was only five years old and, from then on, he became the 'man' of the house and looked after his younger sister all his life.  I've got a lovely black and white photo of my dad with his dad, but I can't put my hand on it just at the moment. 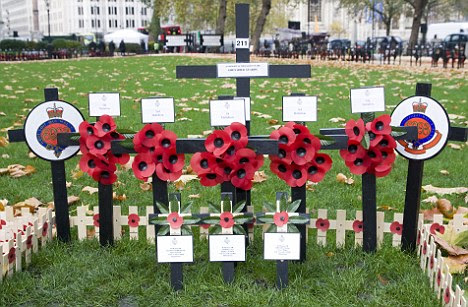 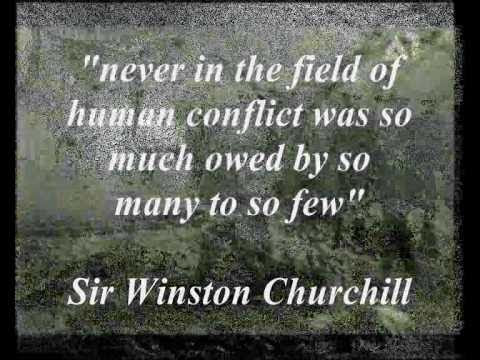 "They shall grow not old, as we that are left grow old:
Age shall not weary them, nor the years condemn.
At the going down of the sun and in the morning
We will remember them."
Fourth stanza of 'For the Fallen' by Laurence Binyon (1869 - 1943)
Posted by Southhamsdarling at 06:30 17 comments:

Email ThisBlogThis!Share to TwitterShare to FacebookShare to Pinterest
Labels: Remembrance Sunday/Queen/Servicemen and women/poppies.

Posted by Southhamsdarling at 06:00 13 comments: