Today I thought I would show you a few photos of the garden, with apologies to my Facebook friends who will have already seen them! 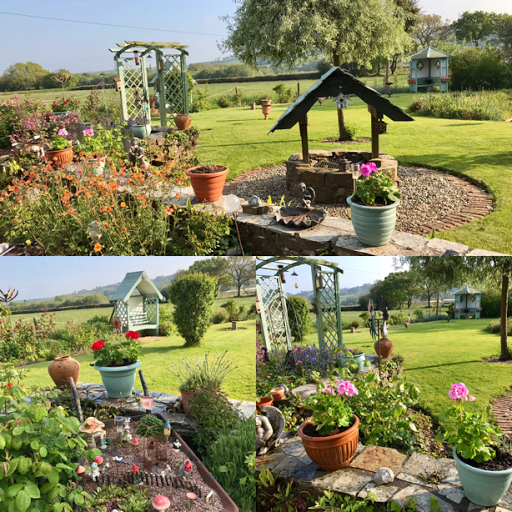 So then, another week is over, and on Thursday we will enter the month of June. JUNE!! Surely it was only five minutes ago that I was packing all the Christmas baubles back into their boxes for another year. 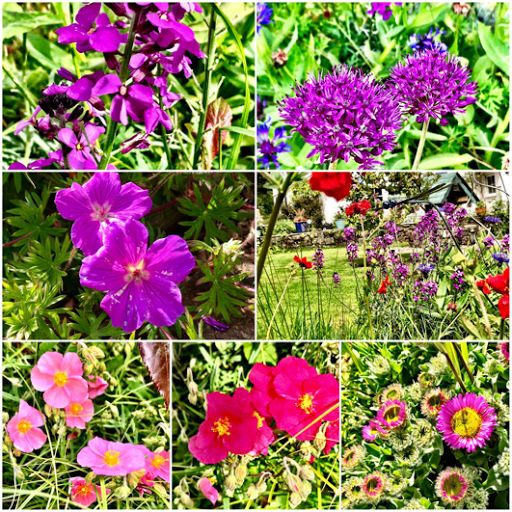 Hence my thoughts today on seize the day, and time flies. How many of you Seize the Day?!  Or do you just live life in a routine sort of way?  Which I suspect most of us do, especially if we are still  working.  Of course, finances also play a big part in what we are able to do with our lives. 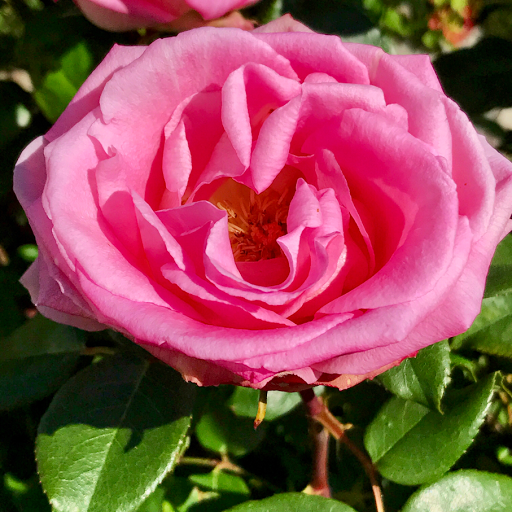 Certainly, since I retired, life has taken on a new meaning for me, as I have the freedom of time to be with people I want to spend time with, and to do things that I love doing. How many times do we hear people saying, "I don't know how I ever had the time to go to work!"
There are so many Opportunities these days, as well, for women of a certain age to learn new things and to get involved in so many interesting things. Far, far more, for example, than women of my mum's generation ever had. 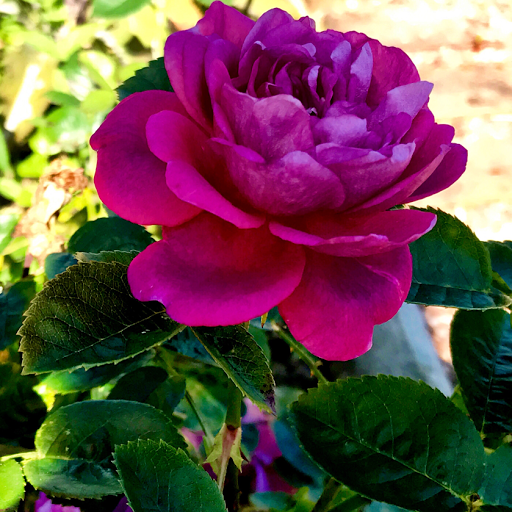 Yes, I love to go out to lunch with friends every so often, but there are so many other  things to do, which doesn't involve spending money.
Most of you know that I love walking by the sea.... I also love watching sunsets, reading a good book or meeting up with friends for a chat. I have a large garden and I used to love spending time out there, but these days I find that to be a little too much like hard work, to keep on top of it all, as I do love it to look nice...BUT it has to be done, and it's all good exercise for me. I think the wonderful thing about not working anymore is to NOT be tied to time and to be able to do things when YOU want to do them. 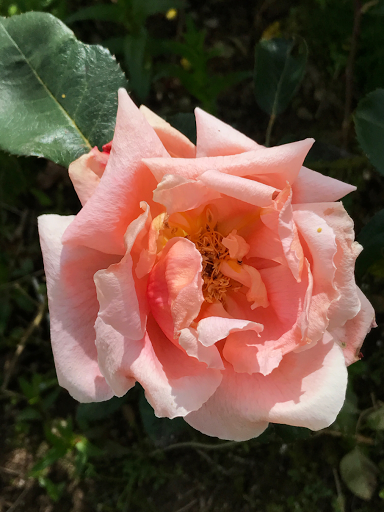 There is, however, one thing that wastes quite a lot of my time, and that is....wait for it....FACEBOOK!  When I wake up in the morning, the first thing I do is to check to see what everyone has been up to and then I check my Instagram account to look at all the amazing photos that people have posted on
there, and, before I know it, almost an hour has gone by, and, if I'm being honest with you, sometimes it's more than that. 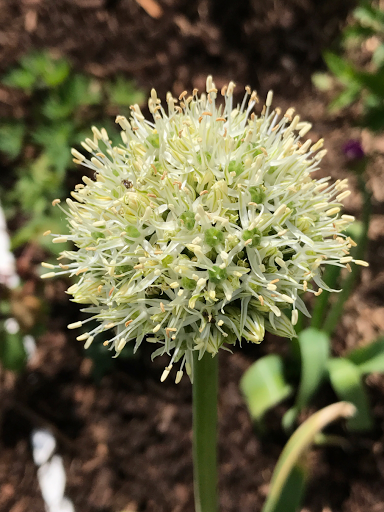 My daughters are always telling me that I don't have to comment on every single thing I see - I admire them, as they very rarely go on to Facebook. You could say that they're too busy living life in the real world! 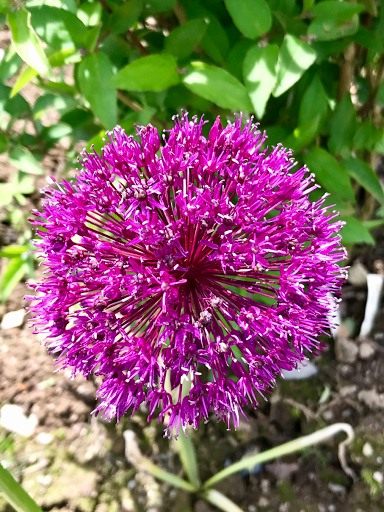 I daren't actually own up to how long I spend on there each week. That would be time that I could spend on much more productive things. Now, I don't want you to think that I am some sort of saddo here, because I do lots of other things as well during the week, and meet up
with friends for 'real' conversations.
A couple of sunset photos for you now. Both of these were taken in Door County, Wisconsin, where I  was lucky enough to be last year. 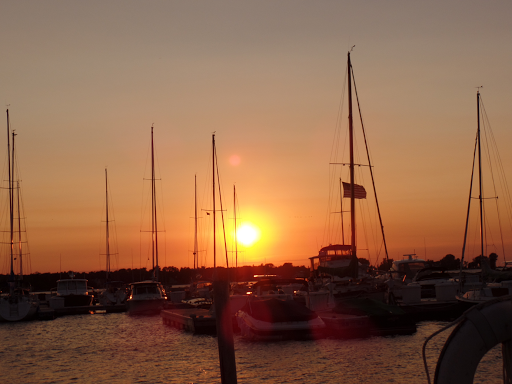 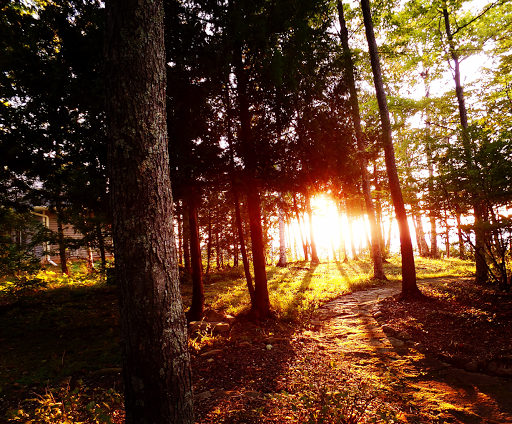 To give me motivation to spend less time on Facebook, I'm putting it out there that I am going to spend far less time online - perhaps just 30 minutes of an evening, if that. Eeeeek!
I'm aware that it's Memorial weekend over in America, so I wish you all a happy weekend. Here it's a Bank Holiday weekend, so a time for families to spend time together.
I hope you are all keeping well, and in fine spirits. Certainly, events that have occurred in this Country this past week make me feel very lucky and glad to be alive.
Posted by Southhamsdarling at 15:01 14 comments: 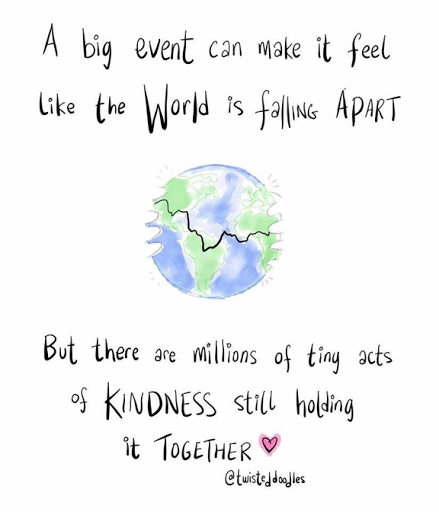 So we have encountered another act of mindless and senseless terrorism, this time right here in the heart of the United Kingdom..  no matter how often these outrages occur, we are still shocked to the core for all those poor people who have lost their lives, and for their heartbroken family and friends who are left behind to pick up the pieces of their shattered lives - lives that can never be the same again.
This latest act seems even more shocking, as it was targeted at youngsters, many of them only children, who, only a few hours previously had been so excited at going to a Concert. I suspect for many of them, it was their first ever Concert. Many would have been given the tickets as birthday, or Christmas presents, and we can all imagine how excited they felt as the day of the Concert drew closer.
I well recall taking my youngest daughter and a friend up to London to see Madonna, at Wembley Stadium, and I can remember how they were excitedly chattering away as they lined up to buy a souvenir programme. Put yourself in the position of some of the parents today, many of them who don't even know if their youngsters are dead or alive.
The majority of us will never be able to understand the mind of a terrorist, as they set off to carry out their despicable acts. Our Security Service in this Country is second to none, and we know that they have foiled many, many planned terrorist attacks over the last few years, and we give thanks to them for that. But how can you stop a suicide bomber who is hellbent on creating carnage?
We give thanks for all the rescue services who, once again, concentrated on helping others, with no thought for their own personal safety. Our thoughts and prayers go out to all those who have been affected by the events of last night.  This will remain with these youngsters for many, many years...I'm sure of that, and I hope that everyone will get all the support they need to try to come to terms with this evil in our Society.
As an additional thought today, we all enjoy using Facebook for purely innocent postings, but I can't help thinking that Social Media has a much darker side, as it helps the evil and perverted people in our world to pass information so quickly to each other.  Does anyone else agree?
I have said this many, many times before, but we HAVE to keep thinking of the good things in our world, for all the GOOD PEOPLE in our world, and continue to pray that good will always overcome evil.
Today we must hold dear our loved ones, friends as well as family, whether they are near or far. Tell them how much they mean to you, tell them you love them, and remember all those who, sadly, are unable to do that any more.
Let us continue to pray for peace all over the world.
Posted by Southhamsdarling at 13:53 8 comments:

Email ThisBlogThis!Share to TwitterShare to FacebookShare to Pinterest
Labels: no labels today....only sadness

Since last weekend, the weather has been pretty miserable here in heavenly Devon. In fact, it has been raining heavily every day.
So, when I should be out working in the garden, I find myself confined to the house.  What to do ... shall I tackle that pile of ironing, get the duster out, or.... write a blog post. Well, as you can see, I opted for the latter option, so here I am to entertain you once again 😳.
Isn't it funny how our mind works sometimes?   Well, this girl's mind anyway and, yes, even at my age, I still think of myself as a girl, albeit a slightly 'worn out' girl.
Last evening I found myself thinking of school milk, back in the 50s. Ugh! In the Summer, the crates of milk used to sit there in the heat of the classroom until the Milk Monitor (a much fought after position) distributed them among the pupils. Then, in the Winter, the bottle tops would be frozen. 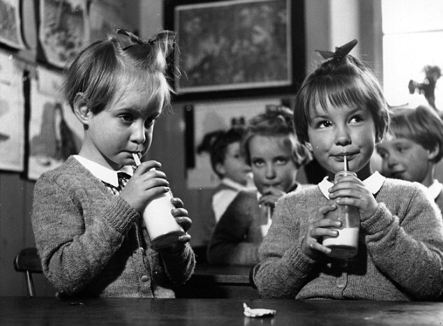 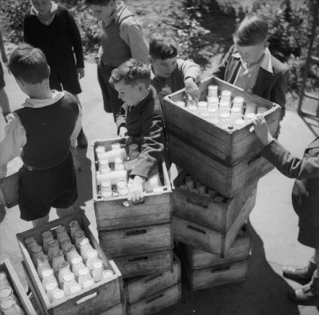 Incidentally, who remembers Jack Frost making patterns on the INSIDE of their bedroom windows?  Not forgetting the liberty bodices we wore as little girls. Although I don't remember mine being quite as posh looking as the one in this picture. (All images today courtesy of Google). 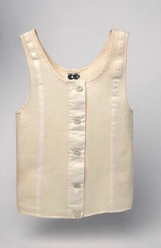 I'm including this next picture, again from Google, because this little girl looks exactly like me at that age. In fact, I think it is ME!! 😂 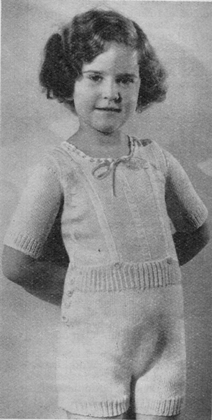 My mind then turned to roller skates. Almost every child in my neighbourhood had a pair of these.  I remember them being great fun. As you can see, they were the height of sophistication - NOT! 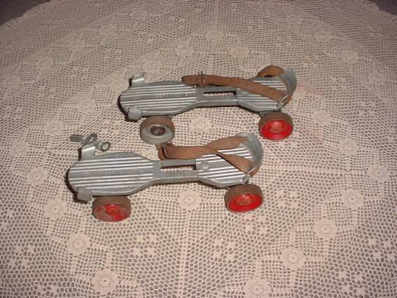 I then moved forward a few years to the navy blue regulation school knickers we used to have to wear when doing PT, or netball and 🏑 hockey. I remember them having a sort of fleece like lining. All the girls hated them and would try to hide in the changing rooms, rather than having to parade around outside in them. Horror of horrors!!  Until the Gym Mistress used to stride in looking for us. Oh my goodness, the Gym Mistresses of the 1950's. My, they were a frightening lot. Just think of the most officious Sergeant in the Army, and you still wouldn't be close!  Bear in mind, this was a totally different era. We were total innocents back then. I'm sure these days, the girls would be taking selfies of themselves and posting the photos on Facebook, Instagram or Snapchat! 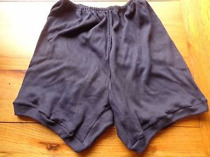 Talking of my early school days, I found this photo of my first school class, which would have been taken in 1952. 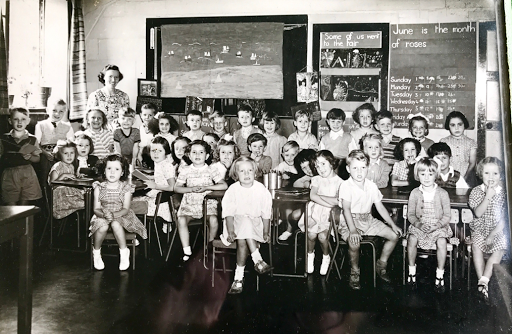 I hope you have enjoyed my reminiscing today, and perhaps it might have brought back some memories of your own school days. Anytime you want to enlarge a photo from my blog, just double tap on it, and that should do the trick.
Happy weekend everyone. Look after yourselves.
Posted by Southhamsdarling at 12:58 8 comments: