Yes, it's true ... I was a tour guide for three weeks at the end of April. My good friend, Diane, who lives in Green Bay, Wisconsin, was flying to England for the first time, and I wanted to make it special for her.
After leaving the hustle and bustle of Heathrow Airport, I had decided to stay for a few days in the Cotswolds on the way down to my home County of Devon.
I felt that The Cotswolds would really represent what Americans would think of as being typically English. In fact, Diane said she felt as if she was appearing in an episode of Midsomer Murders!
Here is Diane at Bourton on the Water, along with a few more pics of the area. 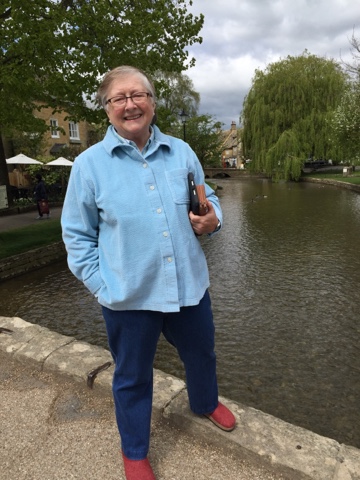 We actually stayed at Lower Slaughter , which is one of the prettiest villages, although we thought the name was a little unfortunate. We thought perhaps some grisly murders had been carried out there in years gone by, but, no... one villager told us that the Farmers used to bring their cattle into the village for slaughter., but, rather boringly, I think it was named after a Knight in the days of yore! 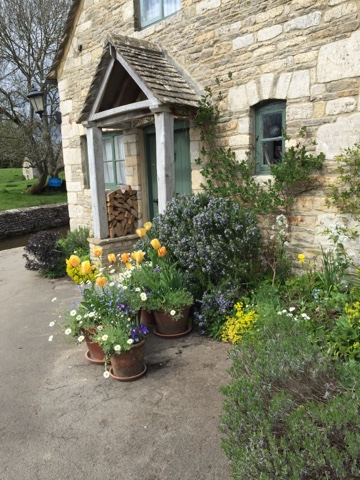 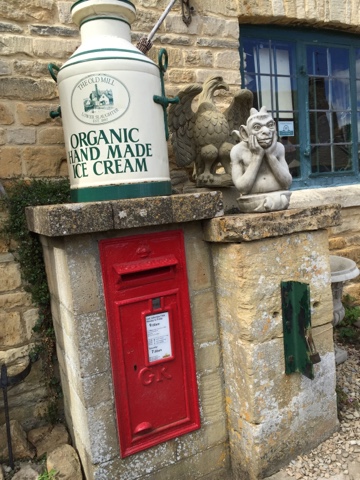 We came across some quirky little signs on our walk .... 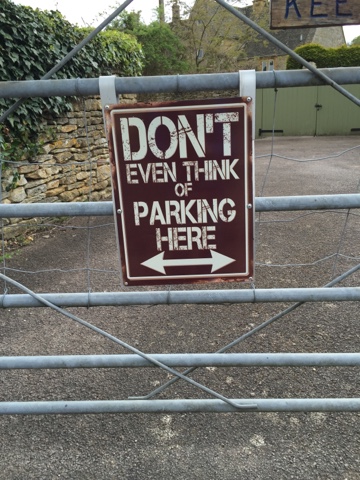 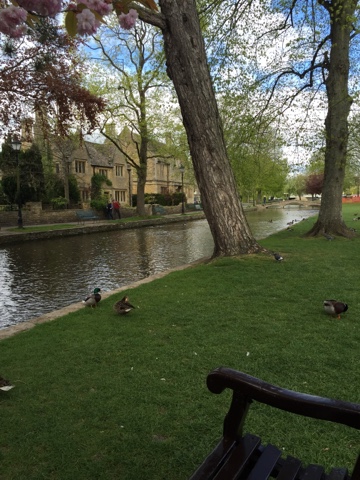 This is a pic of The Old Mill at Lower Slaughter. We went for a lovely walk all around here, and across the adjoining fields.  At the back of The Mill was a delightful little gift shop and ye old tea shoppe! 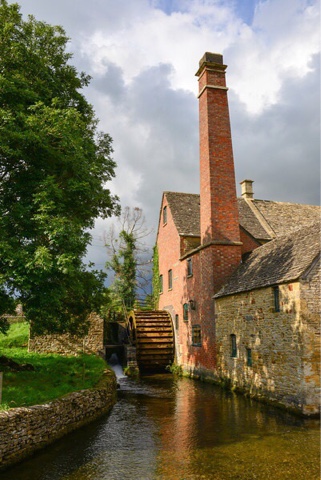 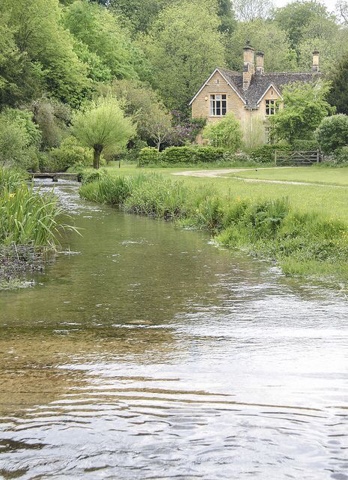 Next time, I'll show you some more of the tour. This time in my very own little corner of the world.
Meanwhile, I hope you are all keeping well wherever you are reading this Post.
Posted by Southhamsdarling at 15:10

Beautiful photos Diane, love that village. England is such a beautiful place. Have a lovely weekend xx

Thank you Eva. You enjoy your weekend too. Bright sunshine here at the moment xx

I enjoyed the tour as well. Have a nice weekend.

Thank you Diana! My daughter said that Christchurch is very much like England. She visited New Zealand on a gap year from Uni.

Thank you for being our virtual tour guide! I would love to walk straight into my computer screen now.

I'm sure you would love it, Jenny! Enjoy your weekend over there.

Very nice post, English Diane. Loved all the photos with exception of tea photo of the pudgy, little old lady from the Midwest.
I would recommend your tours to anyone. Beautiful part of the world with an exceptional tour guide. ❤️🇬🇧

Awww, Miss American Diane - what a lovely surprise seeing you over here, all the way from the Northwoods. I was hoping that this would bring back some happy memories for you. What pudgy, little old lady?! Hope you will visit me over here again 🇬🇧🇺🇸

Hi Diane , you make a super Tour guide . I remember Diane's trip through FB , she certainly had an amazing time.

Thank you Anne, and thank you for popping in to see me. Like you, I love taking photos of pretty places.

I can only imagine that you would make any of your guests feel right at home. You are indeed fortunate to live in such a beautiful place my awesome friend!!

Thank you BB! But you've got the beach AND lovely weather ! Someday ......

I am feeling rather positive y'all had a grand time while driving and touring! I'm just wondering how much mischief and mayhem was involved. I'm so happy you are back to posting on your blog! Looking forward to reading my way up to current time! xoxox

Hi Sush. You came over and it's so lovely to see you here. I can't believe I've started blogging again! I hope you continue to enjoy this little series of posts. Miss Diane and I really did have SO much fun!