And All At Once, Summer Collapsed Into Fall. 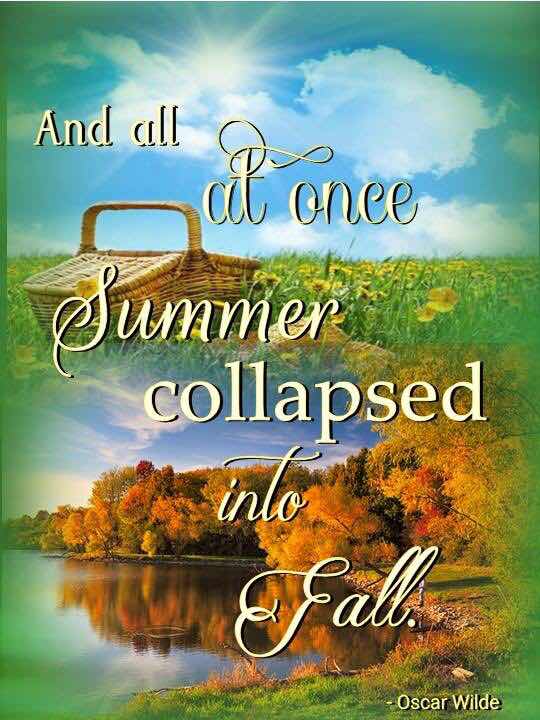 Hi everyone. That’s a lovely saying, isn’t it?  This past week, I’ve been spending a few days in Ibiza with daughter number 1, where the temperatures are still in the high 80’s. 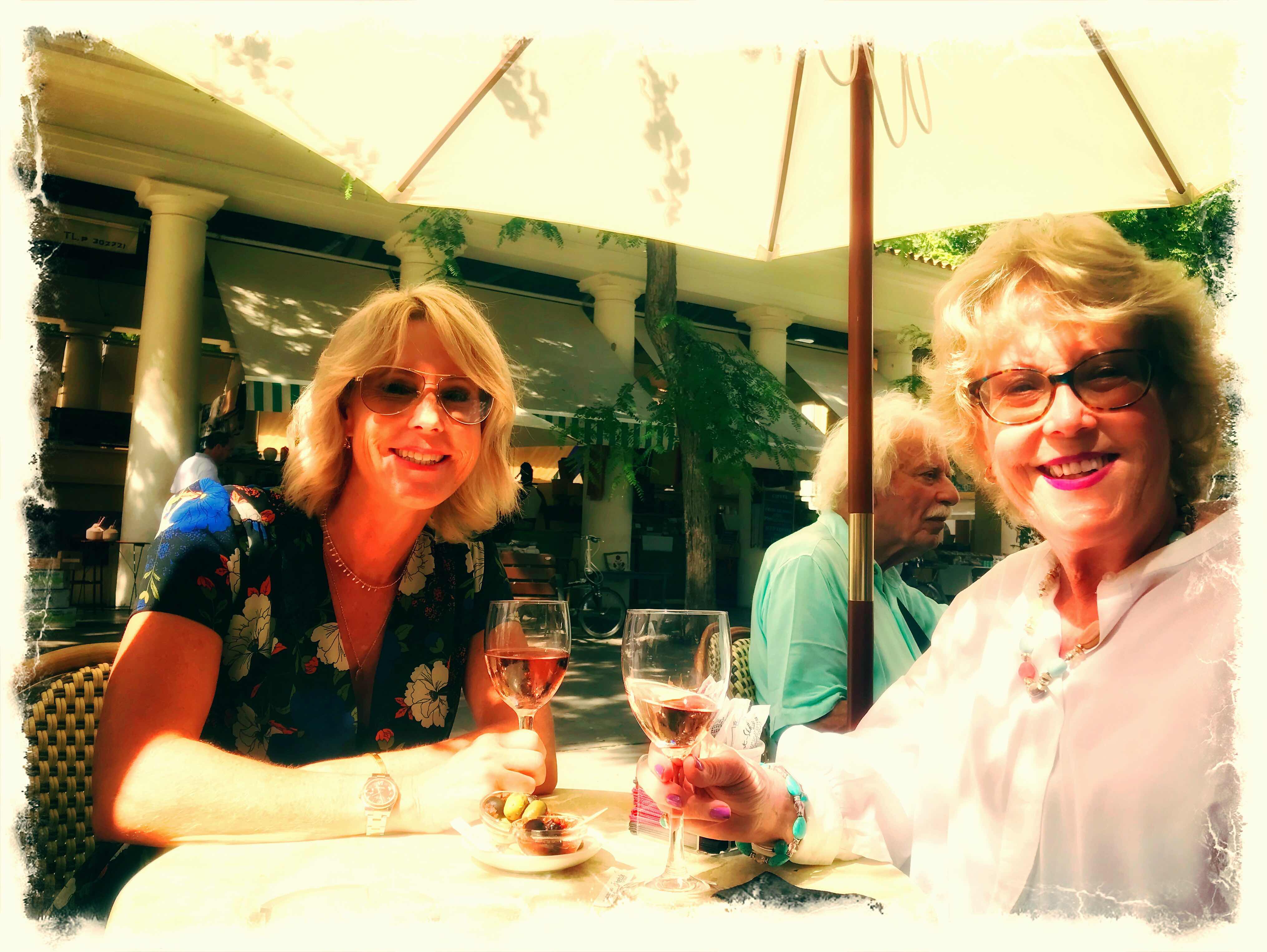 I landed  at my local airport, and was almost blown off the flight steps as I disembarked from the aeroplane!  Apparently, the U.K. was being battered by Storm Ali in my absence.
A lady was killed in Cornwall, when a caravan blew over the cliff 😳. Wow!
As I sit here writing this on Saturday evening, I’ve got the first fire of the season going in the wood burner, so it’s lovely and cosy. 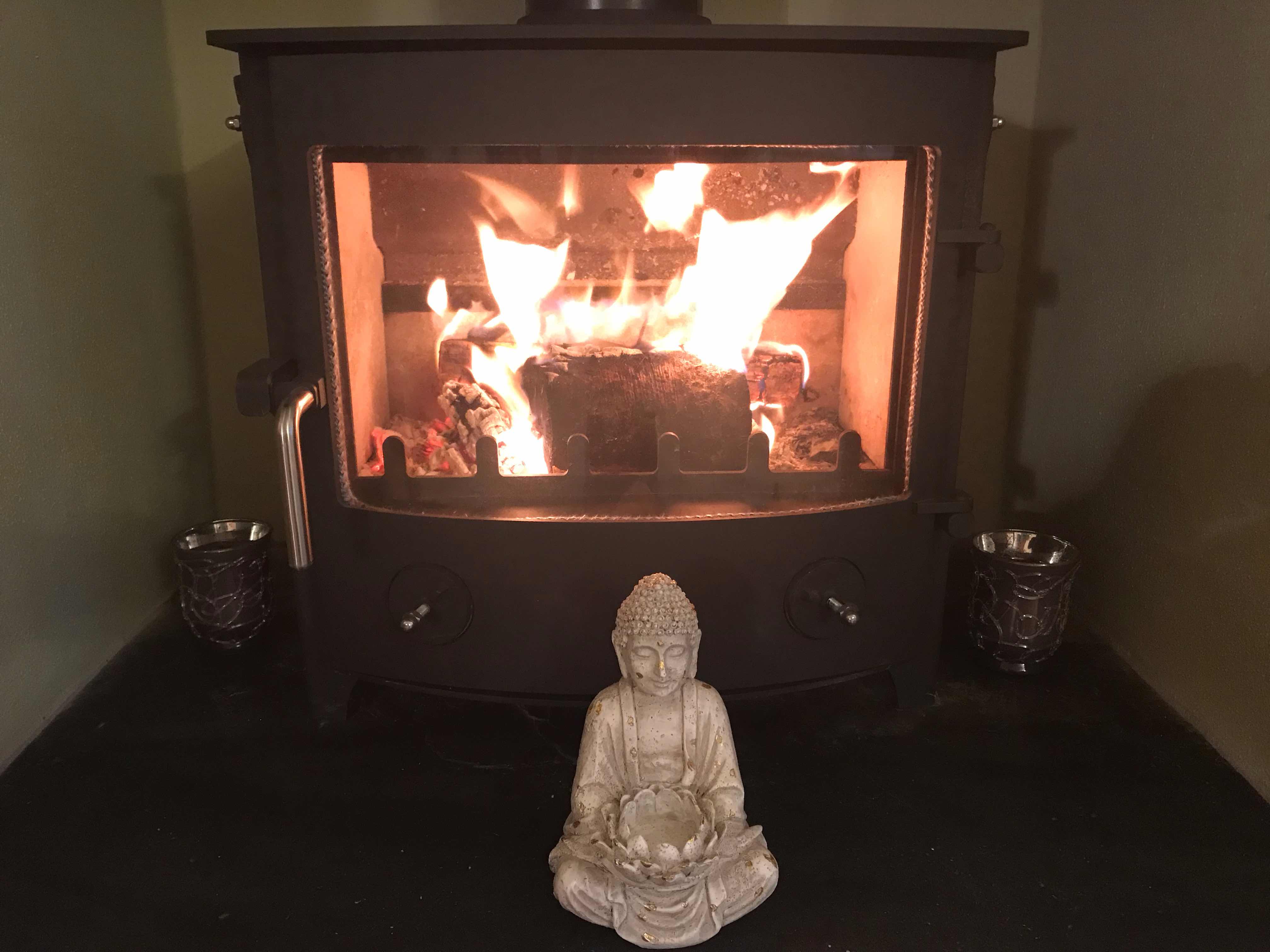 It was dark by 7.45 pm, so Autumn 🍂 is really on its way, although we’re supposed to be having some warmer, sunny days next week, when I hope to get out walking with daughter number 2.
I feel so blessed to have my two daughters, who are really good company.  Although one of them lives in Ibiza at the moment, fortunately the other one lives less than five minutes away 😊. 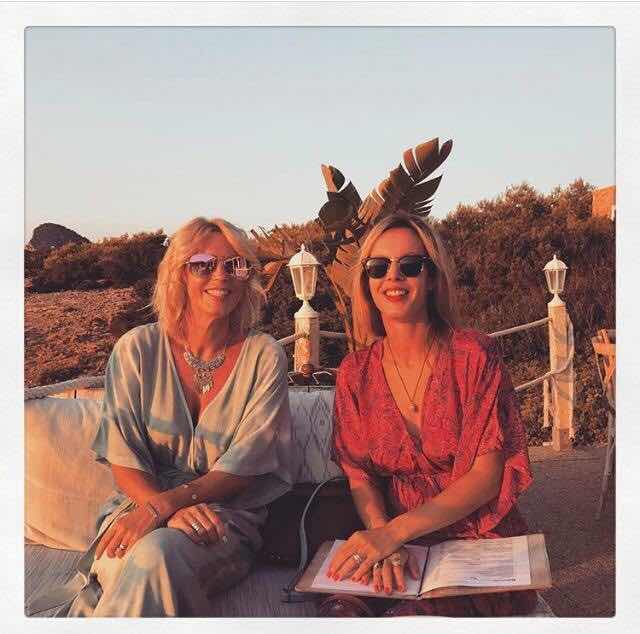 So then, only another week and we will be into the month of October - the season of mists and mellow fruitfulness.  I’m looking forward to the new season, I must admit.
Cooking a lovely roast dinner once again, chicken or slow cooked lamb. It’s been such a hot Summer over here, that it was all about light bites really. But who doesn’t love a good old roast?
Summer, you’ve been wonderful, but it’s time to move on from sandals and crops, to boots and warmer clothing. 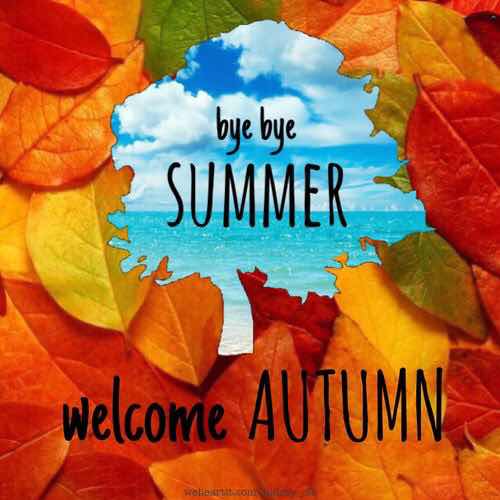 So then, I’ll leave you once again, hoping that you are all keeping well and looking after yourselves.
Posted by Southhamsdarling at 20:28

Lovely post and I couldn't agree with you more! We're really looking forward to some cooler weather. We've been in the high eighties up to mid-nineties all of September. They're saying it's the hottest September on record here. Whew! I'm ready for some snow!

Hallo twin! Lovely to see you over here. Thank you for dropping by! Our Summer has been awesome this year, but, as with everything, it’s time to move on! I’m sure you agree with me (both being women of a certain age 😉, ) that I feel blessed to still be here to enjoy another Season and all the treasured memories it will bring with it. Times spent with family and good friends. ❤️

Hi Thisisme. You and your daughters look so much alike, and I'm glad you were able to skip back over to Ibiza for a few more days. I'm not sure when I will get to Kansas City again to visit with my mom and sister. The great thing today is that because of our technology over the past 20 years or so, we can now talk long distance everyday over the phone, at no extra cost. My sister and I text a lot also, almost daily! We watched a Neil Diamond concert last night on PBS station, and texted our comments back and forth, haha!

The pictures of you and your daughters are so nice, and I love your fireplace...I'm ready also. It is pretty cool today, but we are still getting rain and drizzle. That's okay, we still need it. But I feel bad for those who have had to deal with flooding.

I really enjoyed your post today, have a splendid week, Thisisme, dear friend!♥

P.S. I loved Scootie's sunset photo so much and I put it on Pinterest on My Photography board. He was so concerned about the moon above and didn't realize what a beautiful sunset he was catching!

Hi Suzanne. It’s always a pleasure to see you here, my Texan friend. What a lovely idea to put Scooter’s photo on your Pinterest board. Yes, it’s so good that we have all this technology to keep in touch with our families who live apart from us. I don’t suppose you’ve ever thought of moving back to Kansas? I’m glad you enjoyed this Post, and that you think my daughters look like me 😊. I love Neil Diamond - always have. It’s lovely to be able to text each other like that about the Programme. I went up for a meal today cooked by daughter number 2, so saw the little ones as well. Her husband is ten years older than her, and he played Elvis records, which was great! 😊. Take care as you go about your week. Hugs to you ❤️

Helllo. I love summer and what a summer it was.. (apart from when I had to be in the kitchen). And I do love Autumn. I know it is dark now (19.40) but being in my own and in a new area.. Village.. I won't be going out at night on my own. I did in the city. But always stayed safe.

Love all your quotes and what lovely colours. Speaking about your daughtes.. One here and one in Ibiza. Best of both.. Great trips and great walks..hugs Anne

Hello Anne! Always lovely when you pay me a visit ! Yes, my goodness, what a wonderful Summer we had here in the UK. Yes, so many changes for you now, as we head into this new Season. I’m so glad to hear that you are out and about, exploring your new patch! What wonderful beaches you have found, which are quite different for you, from the big City! I don’t know if you have an NWR group anywhere near you. I’ve belonged to the Ivybridge branch for over 25 years! It’s for like minded women and our Programmes are always varied and fun. It’s a good way to meet people in a new area. Take care my friend xx