Proud to be a Devon Maid!

My hometown City of Plymouth is known as Britain's Ocean City. It is a vibrant waterfront city which is surrounded by water, and with the hills of Dartmoor close by.  I love living in heavenly Devon, and I'm proud to be a Devon Maid 🙂 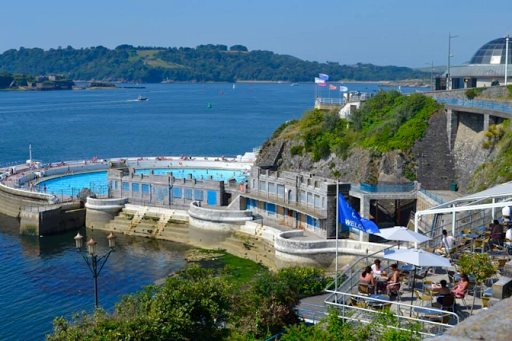 The magnificent Plymouth Sound with the art-deco lido, where I learnt to swim, over 65 years ago. Seems like only yesterday 😂😂.
Today I thought I would take you on a tour of the historic Barbican, with its cobbled streets and Elizabethan buildings. To me, it has always seemed remarkable that these buildings are still standing after the continuous bombing, known as the Plymouth  Blitz, during the Second World War. The city suffered  a series of bombing raids, which flattened many parts of my home city. My parents were involved in one of those  raids. In March 1941, my dad was returning home on a short Leave from the Army.  As darkness fell, he turned the corner of the street where they lived, and the house was gone, reduced to a pile of rubble, and my poor mum was buried underneath. Neighbours were scrabbling at the bricks with their hands,  desperately trying to get to her. Fortunately, she survived,  but her back was badly damaged and she suffered for the rest of her life with severe back problems.  After the Blitz, very little of Plymouth remained, and the whole City had to be rebuilt. During the 59 bombing attacks, 1,172 civilians were killed and 4,448 were injured. King George the sixth is pictured  here visiting the devastated City. 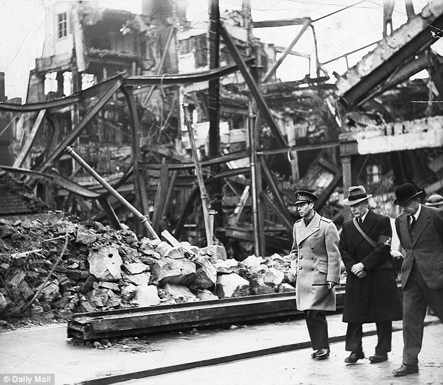 Image courtesy of Daily Mail archives.
But now it's time to continue with the tour. I hope you will enjoy these photos, which were taken on a glorious Summer's day last year. You can just double click on any of the photos if you want to make them larger. 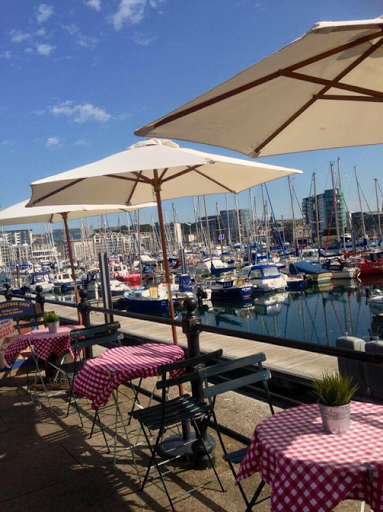 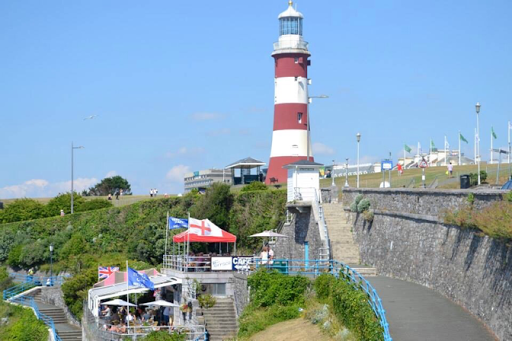 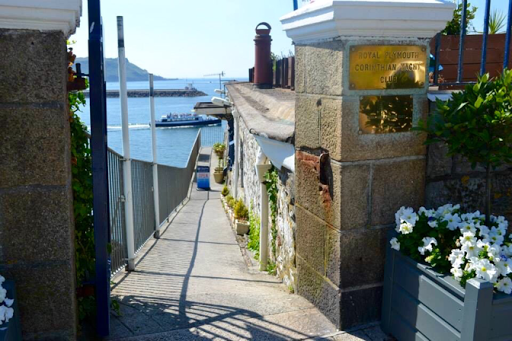 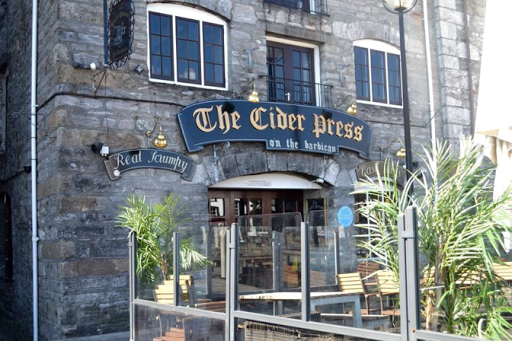 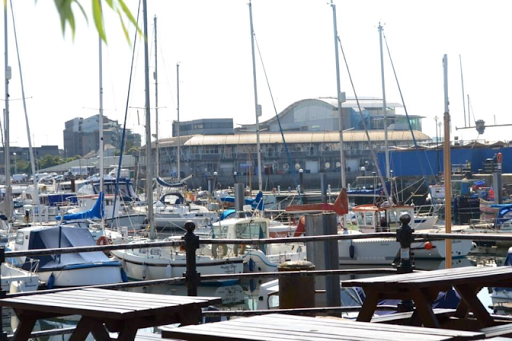 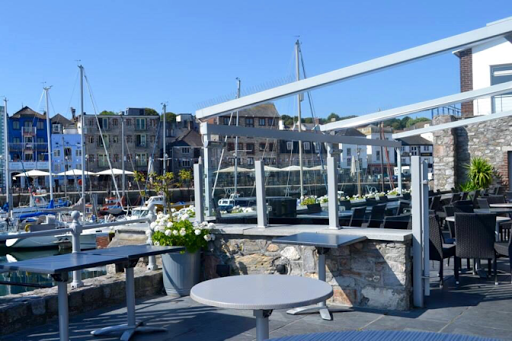 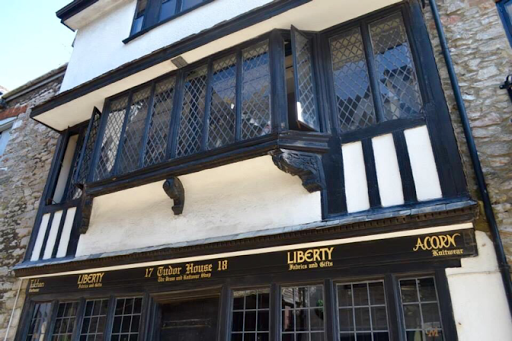 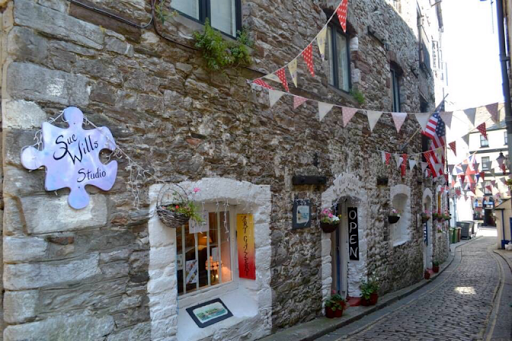 The quality of the following  photo isn't particularly good (I took it from Plymouth Hoe looking out to the Sound) but I thought the old with the new was pretty cool 😊. 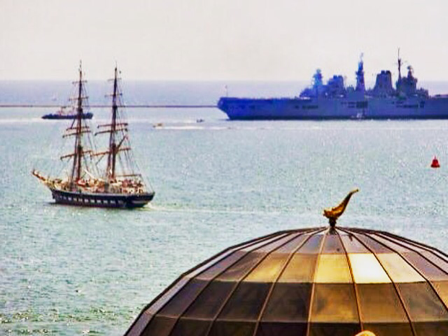 I do feel very blessed living in this little corner of heavenly Devon!  On that note, I'll love you and leave you until the next time.
Posted by Southhamsdarling at 08:57

Such a beautiful place. I understand the beauty of living by the water! It’s so beautiful and good for the soul. Your mum was so very lucky to have survived that awful bombing. Thank goodness or you wouldn’t be here ❤️

Lovely to see you here BB. YES, there would be no awesome me! ��. We often forget what that generation went through, and I am thankful that we have never had to experience anything like it. On the few times I have had to live elsewhere, I hated not being near the water! Love and hugs to you ��

You love in a magnificent part of the world. Your poor mother. I am so happy you took us on this tour. LOVE IT!

This is a lovelly tour, your city is SO wonderful. Just wishing my visit to UK to get to know this two. There is one photo that looks like Malta a little bit. Love it, Diane!

Thank you so much for the tour and bit of history, both worldly and personal. My days of travel are probably over and sadly, I never made it to any part of Europe, but I do enjoy what I have seen and like you, I enjoy my surroundings.

I appreciate that your posts are always so cheerful, colorful, and that you still blog at all. I am remiss in blogging much anymore and mainly just post craft information, sometimes simply for me to look back on for reference.

Best wishes to you always.