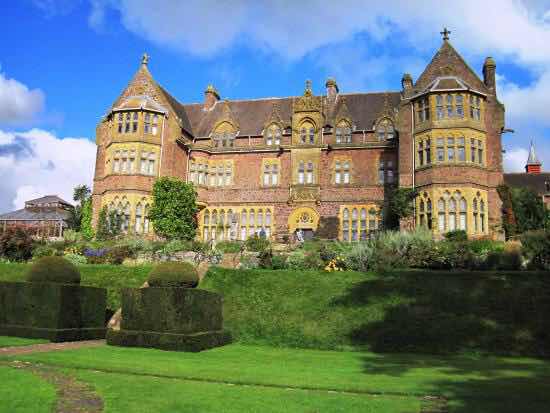 Knightshayes Court, Devon.
For those of you who have never heard of the National Trust, it is a  country-wide Organization, which looks after the upkeep of wonderful country houses and their magnificent gardens. I have been a member for a great number of years, as the annual subscriptions help to keep these properties in a good state. They also look after miles of coastline around the British Isles.

Killerton House in Devon
The ladies from the local Art Society were going on their annual outing to Coleton Fishacre, one of the many National Trust properties in Devon.  Thirty ladies of varying shapes and sizes congregated in the local coach park waiting for the bus to arrive.  It was already fifteen minutes late, and a rumble of discontent spread along the line. Thank goodness it wasn't raining!  The temperature, even at 9 am was in the mid sixties, and the sun was shining down.
Suddenly the coach could be seen chugging up the steep hill, and the mood of the assembled throng immediately changed, as they started to chatter excitedly. Once everyone was safely on board, the driver headed off to their destination. Soon, he turned off the main road, onto the winding lanes of the Devon countryside. They drove through the pretty town of Dartmouth, travelling across the River Dart on an ancient little ferry, continuing along the narrow lanes to the little hamlet of Kingswear. 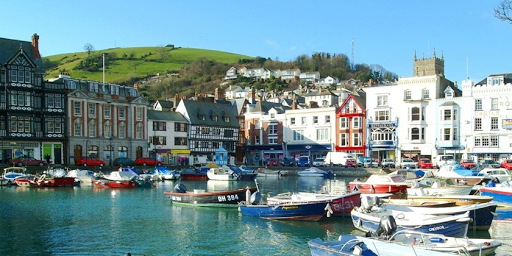 The pretty little town of Dartmouth in South Devon.
Suddenly the sea mist lifted and there was the house in all its glory.   Coleton Fishacre was built between the years of 1923-6 for Rupert D'Oyle Carte, whose father, Richard, had been the impressario behind the operettas of Gilbert & Sullivan.  Rupert had developed the business empire he had inherited, which included the very posh and upmarket Savoy and Claridges Hotels in London. 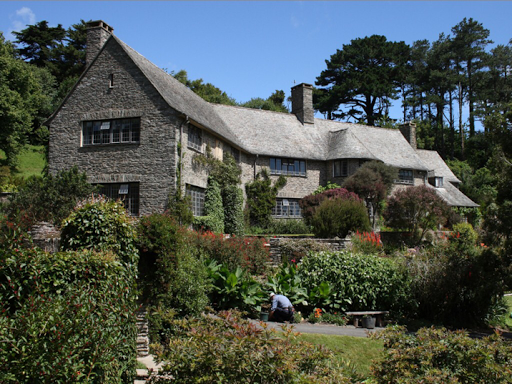 Coleton Fishacre
Rupert D'Oyly Carte, and his wife, Dorothy, actually found the site for their new house from the sea, whilst sailing their yacht between the quaint small towns of Dartmouth and Brixham. The interior of the house really does invoke the modernity of the Jazz Age, and it would be just perfect for a weekend in the country. 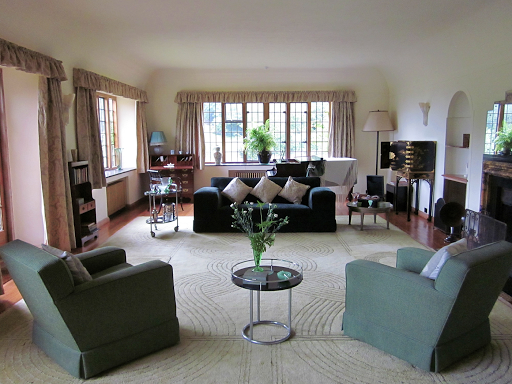 Interior shot, courtesy of The National Trust.
All the ladies agreed that the house was absolutely perfect. The Architect who designed the property, Oswald Milne, was an assistant to the famous Sir Edwin Lutyens.  A particularly appealing feature of the property is that you have quite stunning views of the garden from every room in the house. Although the house does speak of elegance from a by-gone age, the ladies agreed that they could all imagine themselves living there and, on a beautiful Summer's evening, wafting out onto the terrace with a drink in hand. 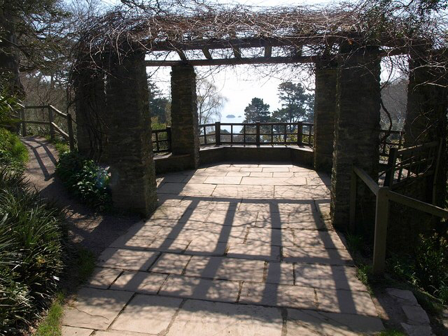 The garden itself is quite magical as, like several in the South West of England, it descends from open views around the house, down through increasingly jungle-like vegetation, until you get spectacular views of the sea beyond. 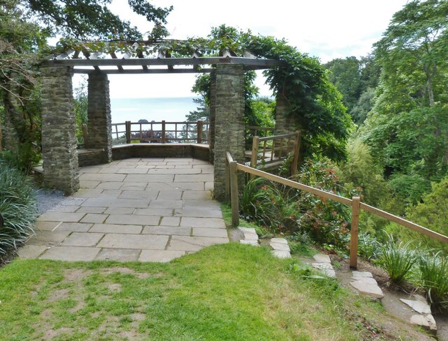 The gazebo look-out  at Coleton. You can just see the steps leading down to the sea. 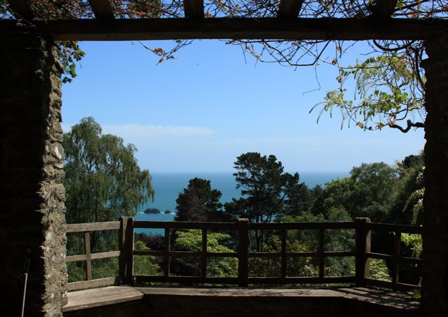 How about this for a view ?!
I hope this has given you a little insight into the beautiful houses and gardens owned by The National Trust.  So then, another blog post hits the road. As I look out the window whilst writing this, I see that the rain is pouring down.  We have had three weeks of rain ☔️ now, with the odd spot of sunshine in between the very heavy showers.  Usually, October can be a very pleasant month, and I look forward to going out for walks, but I haven’t really been able to do much of that so far this month. Anyway, I hope you all have a lovely weekend, and if the sun is shining where you are, please send it over here to heavenly Devon!
Posted by Southhamsdarling at 13:06